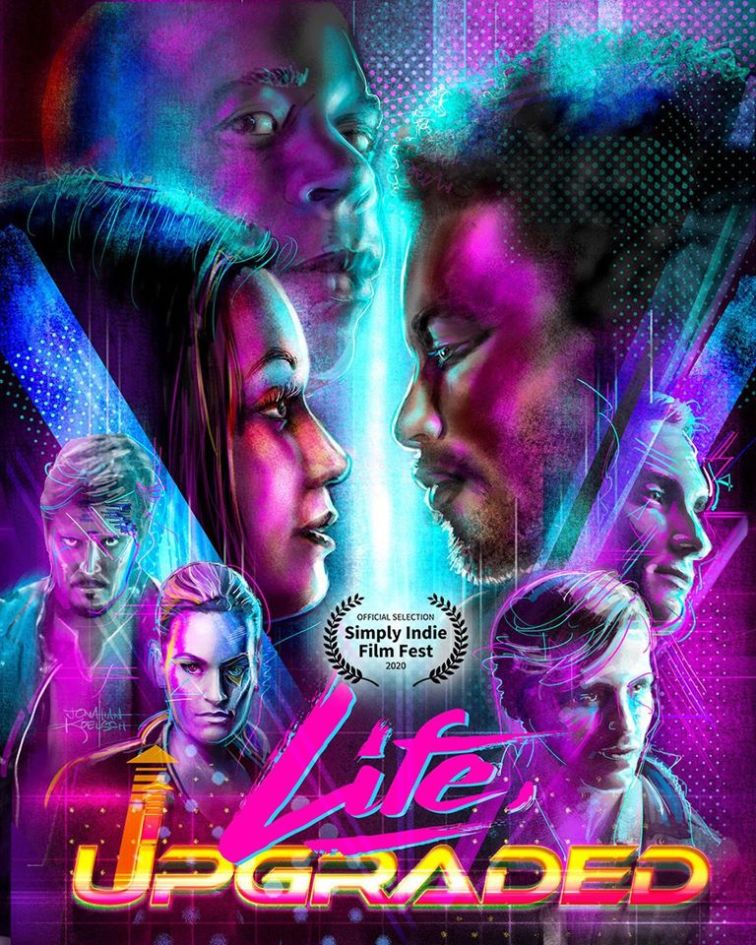 The sci-fi romance “Life, Upgraded” will screen at the Edmond film festival Simply Indie Film Fest. The screening is set for 4 p.m. Feb. 22 at the Hilton Garden Inn, 2833 Conference Drive in Edmond, Oklahoma.

“Life, Upgraded” was created as part of the 2019 48-hour film project in Oklahoma City and was directed by Kyle Roberts. It stars LaRonn Marzett, Raychelle Black, Josiah Overstreet, Neil Newby, Collin Place, Leah N.H. Philpott, and Rett Terrell. The film won eight awards in the OKC contest, including runner-up for best film. It also received third place in the “Film of the Year” competition at the Oklahoma State Film Festival.

Here’s the logline: A forbidden romance between an android and the daughter of the engineer who built him is tested when she is ordered to erase his memory, forcing the couple to choose between the life they were made for and the love they have found.

I was a writer on the film along with Sean Thiessen and Jon Skelly.

Tickets and more info at https://www.simplyindiefilmfest.com/.

More than 90 films will be screened at the festival, including 20 local/Oklahoma films.